Union vs. Non-Union in Construction - Hammr

Union or non-union — which is the best way to go?

You’ll find people on both sides of the fence of this issue, and they all have valid points to offer. There are pros and cons to both union and non-union in construction, so those in the construction industry would be well-served to consider both options.

… to help you decide which may be the best fit for you.

Would you rather listen to a podcast episode about going union?

Tune into our Bred to Build podcast episode that discusses union vs. non-union construction. This episode features a great conversation with Ernie Villarino, union member of Local 619, and owner of Ernerbrand.

Listen to the full podcast episode on Spotify or Apple Podcasts.

Union vs. Non-Union: Why Being Part of a Union Might Be Preferable

Those working in the construction industry — and many other industries — often have the opportunity to be part of a union. With advantages like higher pay and benefits, choosing to work as a union member may seem like a no-brainer.

Without a doubt, union workers regularly receive higher pay than their non-union counterparts, especially if they’ve been through an apprenticeship program.

According to a 2022 report from the U.S.Bureau of Labor Statistics, construction union workers earned around $200 more per week than non-union workers.

It’s not unheard of for 19-year-olds making upwards of $30 per hour with a union. The union is fighting for its workers and believes if you are worth a certain amount of money, you should be paid that much.

Workers have an advantage with a union’s set pay standards and other workplace protections.

In addition to better wages, construction union workers receive a workplace pension and other benefits, such as:

As mentioned above, unions set pay standards, guaranteeing workers a certain level of income. But those aren’t the only standards union workers can be assured of.

With standards set by unions, construction workers will know they aren’t getting short-changed or overlooked, whether it means receiving adequate pay or knowing their work environment will be as safe as possible.

Being a union member may mean workers gain access to other opportunities that aren’t available to their non-union counterparts.

One type of opportunity available to union workers is an apprenticeship.

In an apprenticeship program, which usually takes three to five years, training and skill development are emphasized. When an apprentice graduates from the program, he or she will be considered a journeyman — who makes considerably more. For example, an apprentice may begin by making $18 per hour and make upwards of $40 per hour as a journeyman.

Because of experience and training, union workers can also be marketable when union jobs aren’t available. This means you’ll be more likely to keep working even when jobs are harder to come by.

Union contractors consistently have a larger labor pool to choose from.

Let’s say a plumbing contractor gets in a bind and needs extra plumbers. A simple call to the union can solve their problem. And if they get a plumber who doesn’t work out for any reason, they can be replaced by calling on the union again.

Labor pools are also made up of both:

With a full labor pool at hand, companies and contractors are more likely to have skilled laborers available when they need them.

We’ve mentioned apprenticeship opportunities above. These programs are one of the best ways to receive quality training in a specific trade, including:

Apprentices gain training in their particular trade and receive classroom instruction as well as workplace simulations. Many of these programs are recognized nationally and state-wide.

Being versatile helps provide job security, and having a variety of accomplished skills makes workers valuable.  By remaining flexible and gaining more skills, you’ll have more opportunities to work.

Remember those journeymen? Because they are accomplished, they are desirable workers. When a contractor needs to lay off workers, those with skills and experience will likely be the ones who get to stay.

Safety is a big deal and is a concern whether you’re a union or non-union employer, but many unions have a dedicated safety representative who offers safety accountability.

Though it may be impossible to keep a job site 100% safe, unions put safety first by having many protocols in place. Safety programs and protocols may include things like:

Whether you’re a young worker or an experienced veteran, safety education and practicing protocols are of utmost importance.

Accidents happen, but being careless and not following safety protocols like …

… can result in preventable injuries.

Cutting corners or rushing to get a job done simply isn’t worth risking your life. Taking the time to do things right means a safer environment for everyone.

There are a few drawbacks that construction workers should be aware of when deciding which option they’ll choose.

Some of these may include:

Though unions come with many benefits, non-union construction jobs also have advantages of their own.

To properly understand the plus side of non-union jobs, it’s important to identify:

With these points in mind, non-union employers and workers may enjoy the following benefits:

Non-union employers generally don’t have the funds necessary to provide:

For the business owner, non-union work is less expensive but means less money and fewer benefits for workers.

There’s no doubt that business owners want to keep their workers safe, but they may not require the same protocols or have personnel assigned just to safety issues like unions.

A recent study showed that union construction sites are safer than non-union sites. In this 2019 study of both union and non-union job sites, it was reported that “union projects were 19% less likely to have health and safety violations and had an average of 34% fewer violations per inspection when compared to non-union projects.”

In the end, the non-union employee may not even know what he’s missing, which may seem a bit like he’s leaving money on the table — especially when someone who is equally trained is getting a few more dollars per hour as a union member.

Hammr: Join the App and Connect With Union and Non-Union Trades

Hammr is a dedicated platform for all construction trades. Whether you are Union, Non-Union, or still figuring out your path, use the app to learn from others in your trade.

Hammr is a network built just for trade professionals. Whether you’re interested in hearing more and collaborating about …

… Hammr provides the place to learn and stay informed about your trade and field.

Over 10,000 trade professionals have already joined the Hammr community.

Join today with the App Store or Google Play. 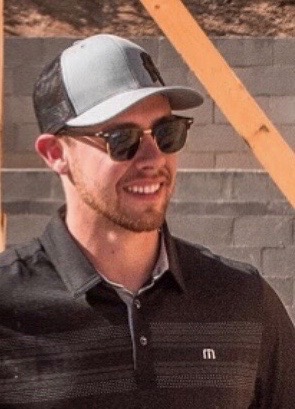 A Guide for Navigating a Recession in the Construction Industry - Hammr

Trade Skill vs. College Degree: What's Best for You? - Hammr

Meet the Founder: Brek Goin - "A Man in Motion Stays in Motion."

Meet the Builder: Jeff Sweenor - "How You Do One Thing Is How You Do Everything."

Meet the Carpenter: MattBangsWood - "Construction is Losing its Stigma."

Get New Posts to Your Inbox

Thank you! Your submission has been received!
Oops! Something went wrong while submitting the form.
More Posts

A Guide for Navigating a Recession in the Construction Industry - Hammr

Universal Tips on How to Grow a Construction Company - Hammr

Effective Yet Simple Tips on How to Find Construction Workers - Hammr

Trade Skill vs. College Degree: What's Best for You? - Hammr